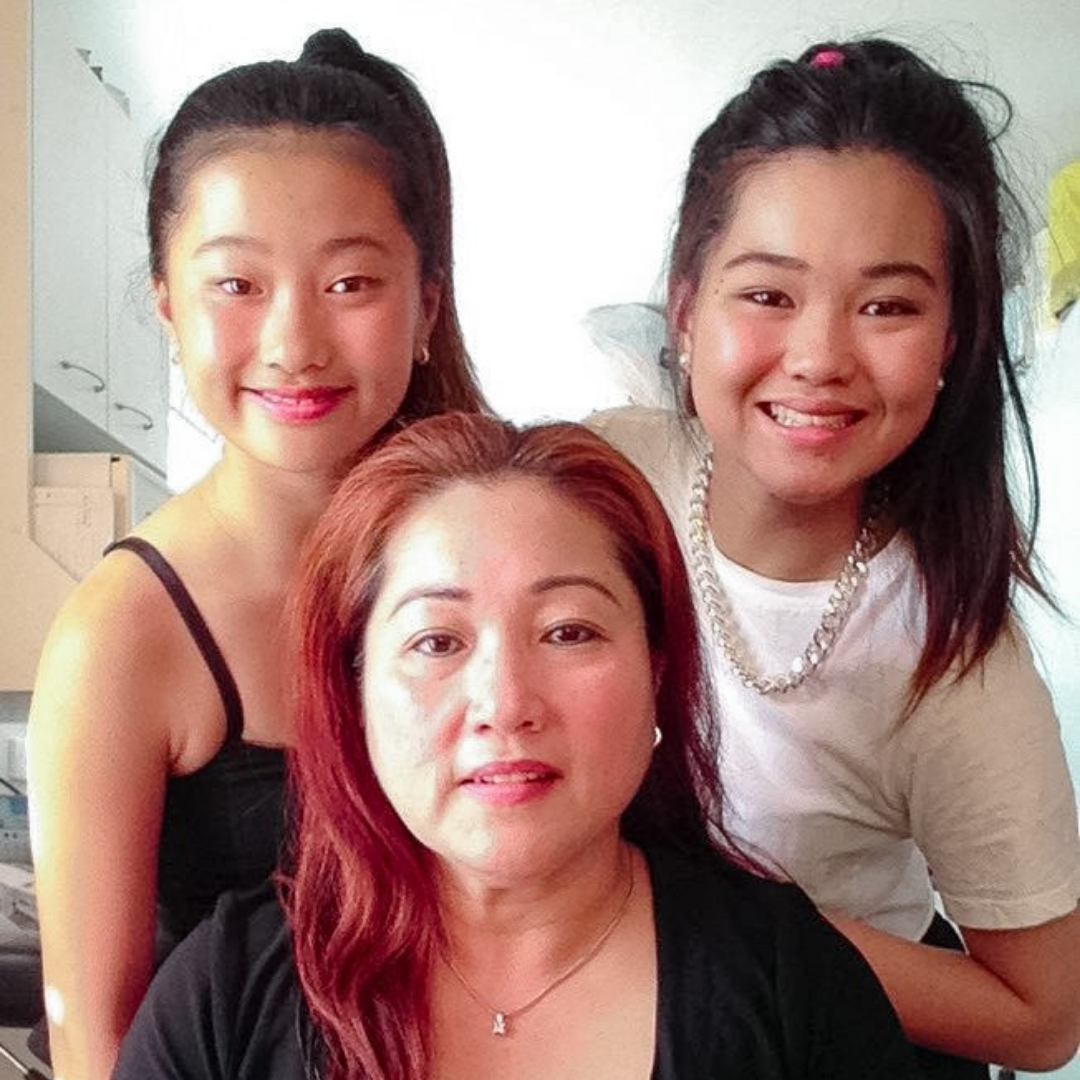 Ceciline Thai, who is 25 and lives on the North Shore, Auckland, lost her mum Nearadei to breast cancer in January 2016. Nearadei was 43 when she was first diagnosed in 2012.

I was 16 years old when Mum was diagnosed with breast cancer. She had her left breast removed, went through chemotherapy and radiation, then went into remission for around a year. Then in 2015 the cancer came back and had spread into her lymph nodes and beyond. Within a few months of her second round of chemo she went downhill.

My parents kept a lot of this detail away from me. I was in my second year of uni, about to go through my end of year exams when Mum’s cancer came back. I think my parents didn’t want this to interfere with my life.

It was really emotional watching her deteriorate, I was pretty scared. I had gone with her when she went for chemo, then during her later stages I was helping to look after her at home.

My favourite memory of Mum was just spending weekends with her and my sister. Weekends were always very family-oriented, where the three of us would go out shopping and have lunches together. While she was in remission we did a family trip to the Gold Coast and Melbourne. I really cherish those fun times we had together.

If I could speak to Mum now I’d want her to know that I’m doing really well, considering all that has happened. I’ve finished uni and I’ve got a good job. Her passing has made my family closer, which I think she’d be pleased about.

One thing I’d say to others who are watching their loved ones go through cancer is that they aren’t alone. When Mum was having her treatments I wasn’t very open about it, but now I’ve realised how many others have gone through a similar situation. I want people to know there are others who understand what you’re going through, so don’t be afraid to reach out.

After Mum died I looked up Breast Cancer Foundation NZ because I wanted to do something in memory of Mum, while also giving back. The first breakfast was at my aunty’s café in Newmarket which I co-hosted with my sister. It was an intimate bunch of just our closest friends and family. I’ve hosted a breakfast every year since and it’s grown – in 2019 we had almost 50 people attend.

Pink Ribbon Breakfast is such a great way to host an event, do it your own way, and help others who have also been through breast cancer. It’s such a nice way for us to remember Mum, she’s still very much part of all of our lives. I love dipping into my creative side and making it something really fun for all of our friends and family to look forward to each year.

In 2019 I also took on a fundraising challenge for Breast Cancer Foundation NZ – I raised over $5,000 doing a 10-day cycle tour through Cambodia. As soon as I saw the invitation I knew it was a no-brainer. Both of my parents were born in Cambodia, I hadn’t been there before, and neither of my parents had been back. It was the first time I’d ever solo-travelled and to be able to do it in that country, for a cause so close to my heart, meant so much.