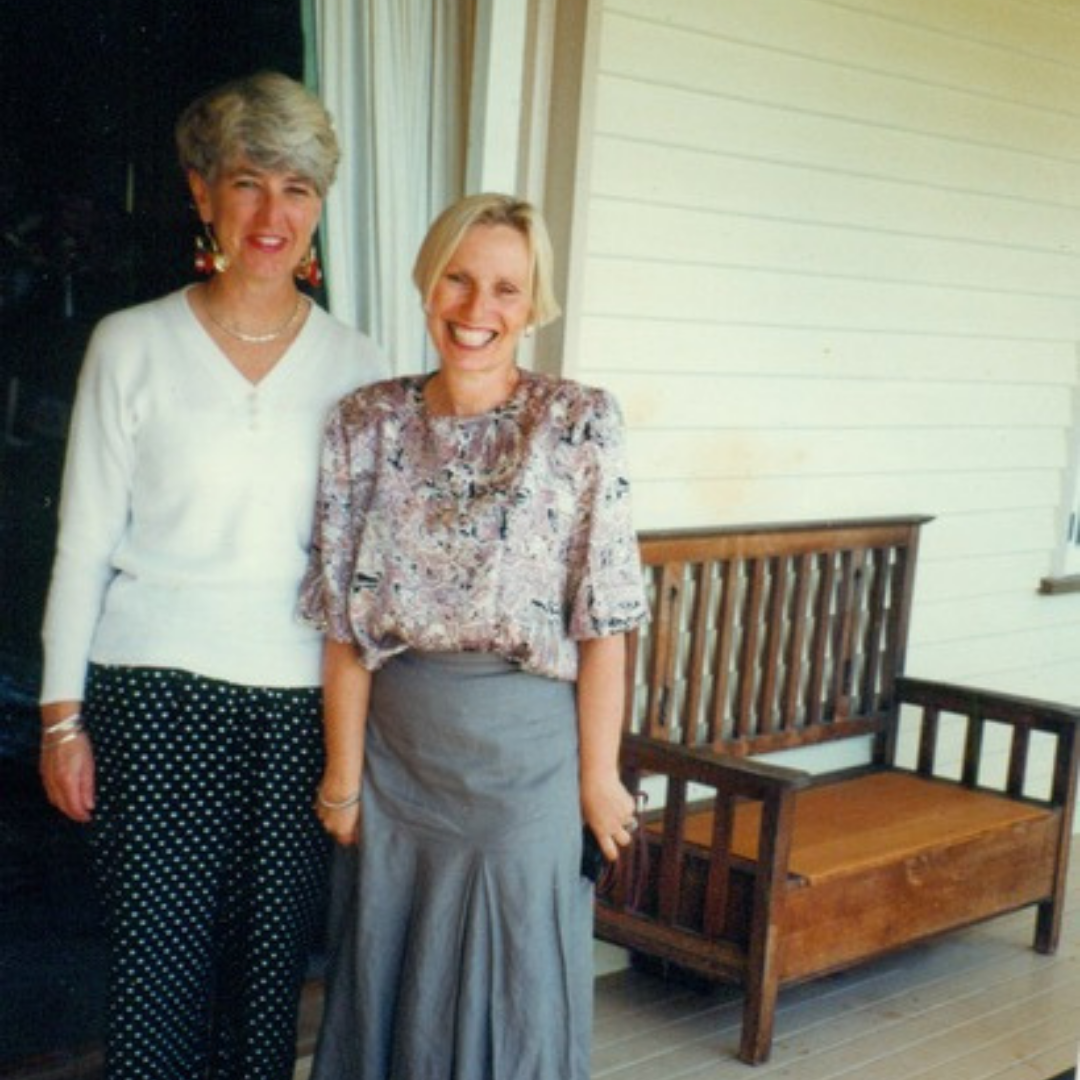 Charlotte Wood was just 19 when she lost her mother Penny to breast cancer. Penny had been diagnosed in 1994, at the age of 40, and she passed away eight years later.

Mum had found a lump in her breast and was concerned about it so got it checked out. But her doctor played down her concerns and told her to come back in six months. Six months later she was booked in to have the lump removed. I was 11 years old and remember vividly sitting in the surgery waiting room when she was having the pre-surgery meeting with the surgeon. My dad arrived, which I thought was strange. It turned out to be bigger news than we thought – the cancer had spread, and she now needed a mastectomy and the removal of the glands under her left arm, followed by chemotherapy. Eight years later she was diagnosed with cancer in the liver and only lived for eight months after that.

I remember feeling very confused and angry, and not being able to verbalise how I felt. I remember driving home from the hospital, wanting Dad to stop the car so I could get out and just run. Mum was quite open about it all – she didn’t wear a wig and she looked fantastic in a scarf. But she found losing her hair just as hard as, if not harder than, losing her breast, because as it was a much more visual representation of what she was going through.

One of the few things that stuck in my head from that time was how she told me she could visualise the cancer being cut out of her when it was in her breast. But once it was in her liver, because it was internal, it made it harder to visualise this process, to get to a better place mentally.

I still remember seeing her go through the treatment and being physically ill. However, throughout her illness, Mum maintained her dignity and that was incredibly powerful for me to see.

She was very open to alternative medicines – not to forgo the medical treatments but to go in conjunction with them. She had vitamin C injections and had acupuncture and reiki, all in an attempt to make herself feel better and fight the cancer, to give herself as much time as possible.

I have three girls who have missed out on having the most amazing grandmother. Being a mother myself now, I think one of the hardest things my mum had to reconcile with was leaving behind me and my brother. I just can’t comprehend the grief she would have felt.

I first hosted a Pink Ribbon Breakfast around 15 years ago, before my eldest daughter was born. I was working as an events manager for a catering company at the time and I hosted a breakfast at home. It didn’t raise a huge amount, maybe $800. In 2020 I hosted again and raised about $1,400 and I’m looking forward to hosting again this year.

I love how Pink Ribbon Breakfast is a fun way to support a worthwhile cause and you can make it whatever you want it to be. I’m doing this for my girls, and for other children, because I don’t want them to grow up without having these amazing female role models in their life. My girls had to lose their grandmother to breast cancer and I don’t want any other children to miss out on these relationships.