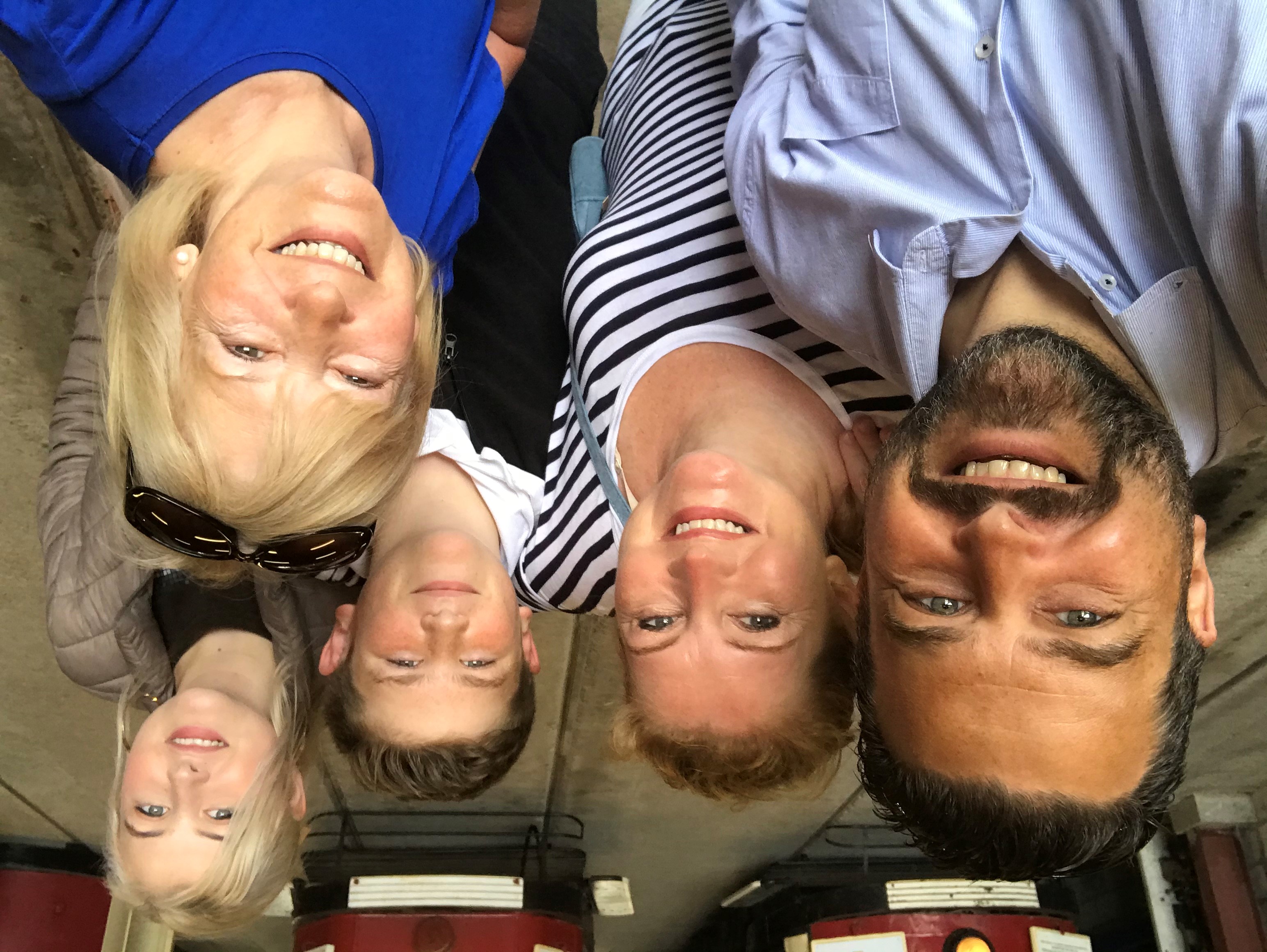 Cheralyn Sorrell was diagnosed with breast cancer in 2017 at the age of 45. With a family history of breast cancer, Cheralyn knew she was at high risk and the stress of being tested each year took its toll. When she finally received the diagnosis, she was more relieved than shocked, because it meant she could move forwards with a plan of action. After having a double mastectomy in 2018, Cheralyn has been learning how to manage her ‘new normal'. She hosted a Pink Ribbon Breakfast as a way to raise awareness and make sure other people affected by breast cancer can get the support they need.

I have a family history of breast cancer, so for me, it wasn’t a case of if it was going to happen, but when. A few years ago, I noticed my right nipple was inverted. I saw my GP and he found a few lumps in my left breast. I paid for a private mammogram, which came back showing the lumps were just calcium deposits. But because my mother and aunt had breast cancer I was deemed to be at high risk and I was referred for annual MRIs.

The MRI appointments were always right before Christmas, which were already a stressful time. Every year I was thinking they would find it, so it took a lot to prepare myself. I had a lot of anxiety waiting for the test results.

In 2016, I got a call to say they’d found something. The scans were showing a funny shaped lump that didn’t look like typical cancer. We decided to wait and see, so six months later I followed up with an ultrasound and biopsy. I got a phone call the next day while I was at work, the hospital wanted to see me straight away. I had a bit of a meltdown at work and a colleague drove me to the hospital because I was in such a state.

It was actually quite calming to get the diagnosis of ER/PR positive breast cancer because once I knew, I could deal with it. The doctors explained my chance of survival and how to treat it. Having a plan, and placing myself in the hands of experts that I could trust, was how I dealt with it.

I had a double mastectomy and a full hysterectomy because the cancer was linked to my ovaries. Thankfully, I didn’t need chemo – the cancer hadn’t spread to my lymph nodes.

My daughter was 14 and my son 9 at the time. She was going through NCEAs so it was already a terrible time for her. They both missed out on a lot of mummy time, which was very difficult for them. I knew I would be well looked after but I worried about who would look after the people taking care of me.

Until I was diagnosed I was always very lethargic and could never put my finger on it. I was initially diagnosed with Crohn’s disease and I put it down to the stress of the yearly MRIs. Now I have six-monthly check-ups to make sure the cancer hasn’t returned. I had to go on hormone therapy and was put into surgical menopause, the side effects have been horrendous. It’s been challenging trying to balance having a good quality of life and the risk of it coming back.

The last few years have been non-stop with treatments and surgeries, but I finally feel like I’m getting there now. I took last year off work to get better, and I wanted to give back to all the people who have helped me. I’ve been given a second chance at life and I’ve received so much support, so I wanted to give my thanks by hosting a Pink Ribbon Breakfast for the first time.

I don’t think I could’ve got through it all without the support of Breast Cancer Foundation NZ. I don’t know if my daughter will get breast cancer but if she does, I want her to have the same support I had. I also want to get the message out there about what it’s like for people to go through this, and that it’s not just the person with breast cancer who suffers, it’s painful for everyone around them too. That’s why I’m fundraising, to make sure Breast Cancer Foundation NZ’s services can continue into the future.

I also want to raise awareness about breast cancer symptoms, especially the lesser-known ones. When I was going through all of the tests they were keeping a close eye on my left breast because that’s where the lumps were. But it was my right breast that had the inverted nipple – that was the symptom I had noticed and it turned out the cancer was in my right breast. So I want women to know it’s not just a lump you need to be worried about – if you notice any changes, please get it checked out!

Cheralyn is 48, lives in Palmerston North, and has two children – an 18-year-old daughter and a 14-year-old son.