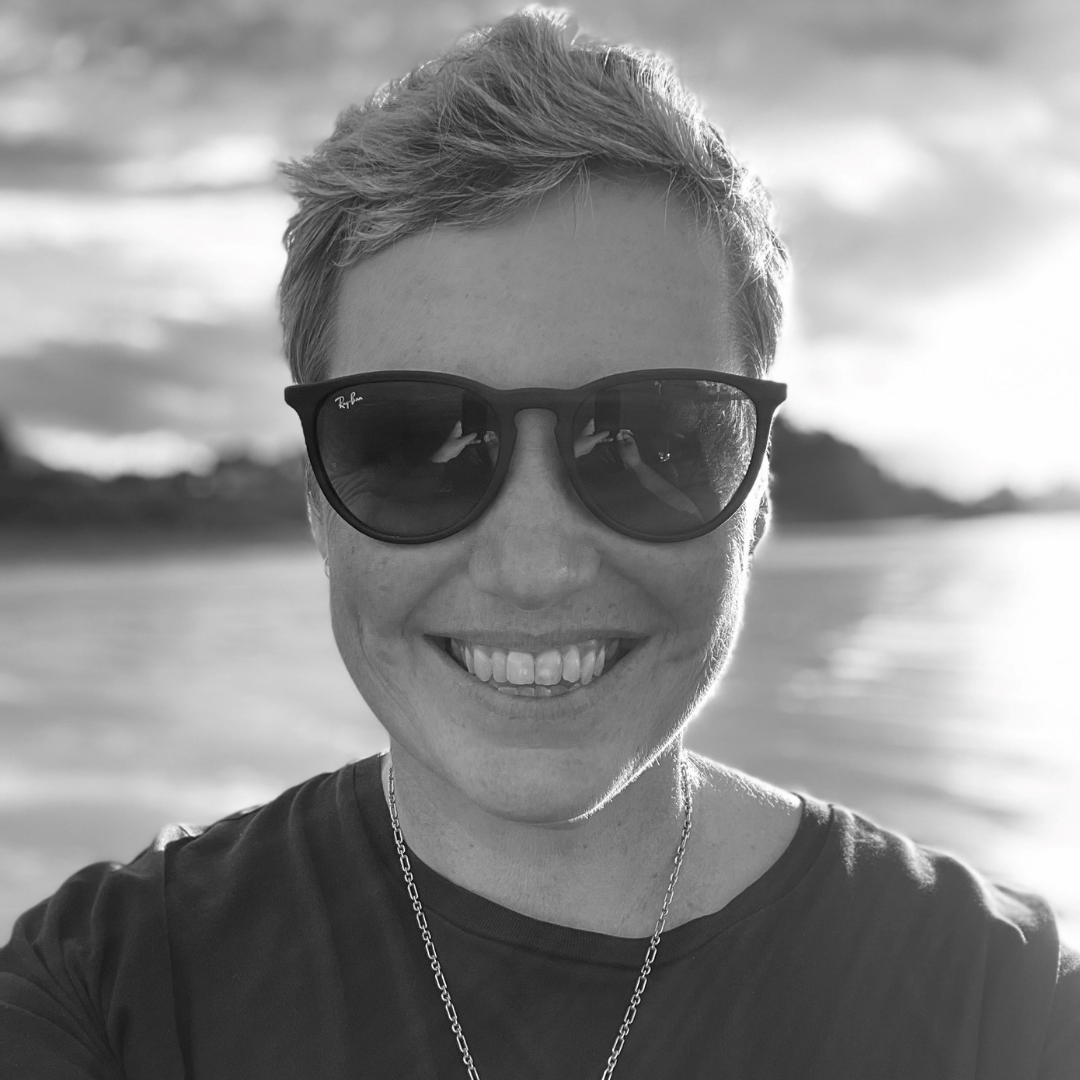 Jayne Montgomery has hired a Wellington movie theatre for her Pink Ribbon Breakfast event on 29th May. She is determined to sell at least 100 tickets to her screening of Father Stu but most of all is looking forward to spending a relaxing afternoon with friends and family. Jayne was blown away when her fundraising page hit $1,000 in just three hours of its launch, saying it’s a great feeling to see the continued love and support that has been with her throughout her own whirlwind experience of cancer.

The breast cancer in my left breast was picked up after a second routine mammogram in October 2020. It came completely out of the blue as I had no noticeable lumps or concerns around breast health. I was 47 years old.

The tumour was 25mm in size, grade 2, oestrogen and progesterone receptor positive.

An MRI-guided biopsy then found I had cancer in my right breast too.

Waiting for the results of this biopsy took a long time to come. I already had the cancer diagnosis for my left breast confirmed and surgery booked, when they discovered that the right was also a “problem”.

I couldn’t wait, so went ahead and had a mastectomy of my left breast. While recovering from surgery the results confirming the cancer in my right breast finally came through. It was a much smaller lump, 7.2mm, also grade 2. I had another mastectomy three weeks later.

It was very much a whirlwind, and quite traumatic. Even the doctors said “this has been really rough”.

Breast Cancer Foundation NZ was amazing at providing advice and support as well as counselling, and physiotherapy. I didn’t realise how surgery would affect my body, so the physio and rehabilitation Pilates classes have been a huge help. The Foundation’s mybc app was another great resource to engage with others who were on the same journey as me. Until then, I didn’t know anyone else with breast cancer except my Mum’s sister. Her cancer was not hereditary.

I was really apprehensive about having chemotherapy as my only point of reference was from movies where people look incredibly sick but fortunately, it wasn’t like that. I ended up having six months of chemotherapy, followed by three weeks of radiation, and I kept working as much as I could throughout which was great for my mental health.

Last October I came full circle, having my breast reconstruction surgery, almost exactly one year to the day of my diagnosis and previous operations.

Three weeks’ post-reconstruction surgery, I participated in Breast Cancer Foundation’s October Street Appeal, and went out collecting donations with my daughter. I really wanted to be out there and start giving back.

It can be a difficult process for the family. My diagnosis came the day before my daughter’s 16th birthday and my reconstruction surgery was on my son’s birthday the following year. But throughout it all, my two children have been so resilient, and mature. They are helping to fundraise with me this year by selling some BCNZ merchandise on their social media platforms.

This year I am hosting a Pink Ribbon Breakfast on 29th May, to raise awareness for the Foundation and for breast health overall.

My event is a movie screening of ‘Father Stu’, starring Mark Wahlberg, an uplifting movie that should appeal to everyone.

The theatre holds 160 seats, and I am determined to sell at least 100 tickets. With each ticket sold $15 will go to Breast Cancer Foundation NZ.

My online donation page has gone live, with an initial goal of $1,000. Within three hours I was blown away to see that I had already hit that target! I am constantly in awe of the support and generosity of family and friends.

On the day, I am looking forward to being among friends and family and sharing a relaxing afternoon together. It’s a great feeling to see that continued support and love that has been with me over the last year. I’ve never felt so blessed and so loved.